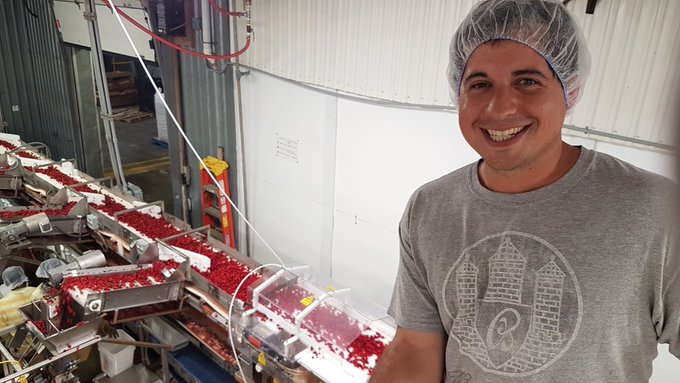 Norfolk County Cherry Company is a major supplier of Canadian tart / sour cherries, processing 80% of the crop in Ontario, Canada.

Fruit is received from Ontario growers during a two- to three-week packing season that usually runs from mid-July to early August. Cherries are cooled, sorted, pitted (have the seeds removed), and frozen for long-term storage. After packing, fruit is sold to further manufacturers and can be made into pie fill, bakery products, dried cherries, or juice to name a few examples. Since formation, Norfolk Cherry Company has grown from packing 500,000 to 1 million pounds per year to potentially 12 million pounds in a single season.

Norfolk Cherry Company Limited is a member of Cherry Central Cooperative, which markets sour cherries on their behalf.

Norfolk Cherry Company partnered with the Norfolk Fruit Growers Association to retrofit theirr warehouse facility into cold and controlled atmosphere storage areas to meet the needs of local apple growers. This allows for storage space that would otherwise not be used outside of cherry harvest to be utilized to address a need for additional apple storage. This project is made possible in part with financial support from the Government of Ontario, in partnership with the Greenbelt Fund