The milestone event highlighted the invaluable contribution of the 200-acre facility to the horticultural  industry both locally, provincially and around the world.

Despite its prominence and reputation, the SRS toils largely in anonymity in the local community. But its newly arrived manager of crops research technical support, Ray Kaczmarski, wants to heighten the station’s profile.

Kaczmarski recalls being queried about his University of Guelph vehicle in Simcoe. He explained the association between the university and the Ontario Ministry of Agriculture, Food and Rural Affairs and its presence off Highway 3 between Culver Road and the Blue Line Road. 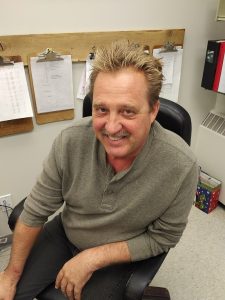 “They didn’t know we existed and what we were doing,’ he said.

Coming from the Vineland Research and Innovation Centre in the Niagara area, Kaczmarski  said that facility was well known in the community and surrounding area. He cited events such as open houses and station tours.

Increased signage is an obvious first step, but Kaczmarski is looking at more community outreach in terms of open houses and tours.

Younger people and particularly students will be targeted and informed of the potential for summer jobs at the station, as well as possible careers in agriculture.

Focused primarily on horticultural research, Kaczmarski said work at SRS is particularly relevant in today’s trend to Buy Local when making food choices. Norfolk County is especially well-positioned to tap into those markets.

“It’s cool what is going on out there,” he said, citing the ingenuity and diversity of crops being grown locally.

In addition to traditional fruit and vegetable crops, entrepreneurs are creating new and lucrative enterprises with crops and value-added endeavours such as grapes and wineries and hops and craft beer.

The millennial generation is more willing to try new things and “farmers can tap into that.”

Kaczmarski added that local farmers can take advantage of new immigrants to
Canada who seek out different cultural foods and plants, such as flowering cherry trees for the Chinese New Year.

“You’d be shocked at what people will pay,” he said.

In addition to the affiliation with the University of Guelph and OMAFRA, SRS is home to grower organizations such as Ontario Ginseng and the Asparagus Growers Marketing Association.

Contracted research projects is one source of funding for SRS.

Kaczmarski acknowledged that accessing funding is a “frustration” as researchers go about their work.

Adam Dale, the longest tenured researcher at the station, said funding is one of the biggest challenges for the future. He said SRS is moving to a 50-50 model where various commodity groups share in the costs.

“It’s difficult,” agreed Kaczmarski. “We have fragmented grower groups and don’t have a ‘Big Brother’ like a Monsanto (to contribute long term, sustainable fund).”

While funding is a chronic challenge, SRS has a critical role in advancing agricultural research, not only in Norfolk County, but around the world.