Toyotetsu workforce will grow to 1,000 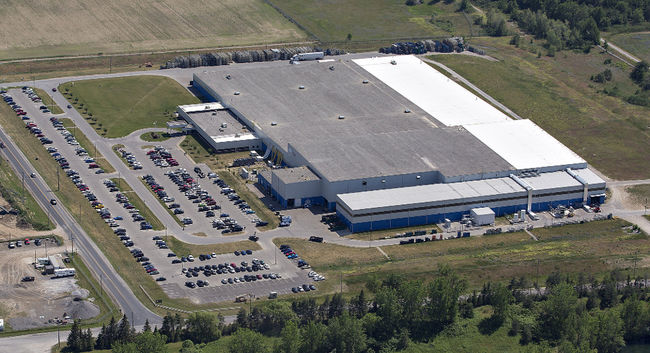 Toyotetsu Canada Inc. in Norfolk County is in the midst of its fourth major expansion since 2007 now that Toyota plants in Cambridge and Woodstock are re-tooling to manufacture the RAV4 hybrid sports utility vehicle. The expansion in Simcoe involves a new round of hiring that will eventually bring employment at the plant to nearly 1,000 workers, according to the Simcoe Reformer, a local news source.

Prime Minister Justin Trudeau and Premier Kathleen Wynne were among the guests as Toyota announced a $1.4 billion investment Friday in its manufacturing facilities in Cambridge and Woodstock.

The investment will help Toyota re-tool now that Cambridge and Woodstock will be the manufacturing hubs for the company’s popular RAV4 hybrid sports utility vehicle.

The investment means additional employment for Toyota workers in the two cities and for dozens of parts suppliers across southern Ontario.

Key among them is Toyotetsu in Simcoe. Toyotetsu has been quietly preparing for the announcement with re-tooling investments of its own.

Company representatives will not divulge the magnitude of that investment, but they include the addition of two heavy-duty stamping machines and a big jump in the number of robotic welding stations at the facility on Park Road.

Toyotetsu is in the midst of a hiring blitz to accommodate the new demand for precision parts.

The Toyotetsu plant primarily manufactures stamped parts for the RAV4 superstructure. Customers can’t see these parts but they contribute to stability and the solid ride the vehicle delivers.

The 30 robotic welding stations bring the number of automated work stations in Simcoe to about 110.

When Toyotetsu arrived in Simcoe more than 10 years ago, there were predictions its workforce would eventually reach 1,000. If everything goes according to plan, the plant will be in the ballpark by the end of next year.

Assistant General Manager Andy Elkin says this is the plant’s fourth major expansion. Since 2007, Toyotetsu in Simcoe has more than doubled its manufacturing floor space.