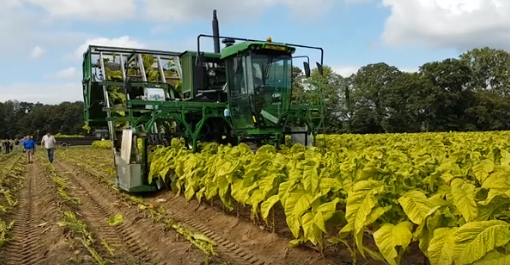 Tobacco harvest has wrapped up in Norfolk County for the 2018 season. Recently, the Norfolk County Agriculture Advisory Board held its annual agriculture tour, including a stop at DeCarolis tobacco farm. During the stop, the tobacco grower demonstrated the only four-row mechanized tobacco harvester in North America, built by DeCloet.

According to the 2016 Census of Agriculture by Statistics Canada, the number of tobacco farms in Norfolk County increased to 98 in 2016, up 56% compared to 2011, but still down considerably from 2006 when there were 317 farms. The agency provided no other data about tobacco.