Scientists at the University of Guelph’s Simcoe Research Station are in the forefront of  strawberry breeding research.

A veteran of the SRS, Dale has been involved in strawberry research since 1983 and has contributed to making the local area into Canada’s top strawberry producing areas. 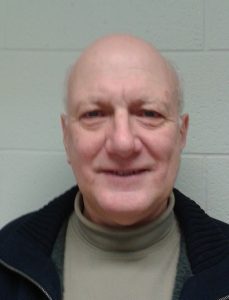 Strawberries are grown throughout eastern North America, but usually in short seasons. The advent of day-neutral cultivars means Ontario can now produce strawberries for ten months of the year.

Day-neutral strawberries are now becoming more popular in temperate regions of the world. However, because the plants initiate flowers continually, runner production becomes more difficult. One way to overcome poor propagation rates is to develop F1 hybrid cultivars that can be seed propagated. F1 hybrids can be developed which are day-neutral, do not produce runners and have large, high quality fruit.

Also, plants grown from seed can be sub-irrigated so that the leaves are free of disease and be ready to plant more easily in the field at any time.

Seed propagation  has a number of benefits which can be divided into two classes: those associated with genetics of the cultivars and those assoiciated with the propagation/plant  production system.

Geneticallly, there are no runners. In Ontario, runner and flower removal costs $1,899 per hectare. Frew runners also allows more dry matter to be channeled to preproduction n and thus a high harvest index.

From a propagation/production point of view seedlings can be grown in plug trays and planted in the fields at any time of the year. Fruit production can be as soon as 40 days from planting. Plug plants can be bottom watered in the nursery and plants will not be infected with fungal diseases and be free of most viruses.

Dale said their initial steps at breeding F1 hybrids has shown it is possible to develop hybrids  adapted to a wide range of environments.

In addition to strawberry breeding, SRS researchers are looking to develop a hazel nut industry, rootstock for Ontario’s booming grape growing on the Norfolk Sand Plain and re-introducing the American chestnut tree into forests.

“The American chestnut is an endangered species,” Dale said. “It used to be a major species of the Carolinian Forest, but there are now only about 3,000 left in Ontario.”

Researcher Dragan Galic said the American chestnut tree was”embedded in the social fabric” of early settlers who used it for housing, furniture and food before a blight decimated the species.

“Hopefully we’ll get to the point where we’ll have a blight resistant tree within five years,” he said. “In tree breeding you need a lot of patience.”