The value of construction in the January to June period for this year is more than double the same period last year. Total construction values by sector include residential, $47.5 million; agricultural, $14.7 million; industrial, $10.4 million; commercial, $3.2 million, and instutional, $734,000.

There were 634 building permits issued in the first six months of 2017, including 196 new dwelling units. 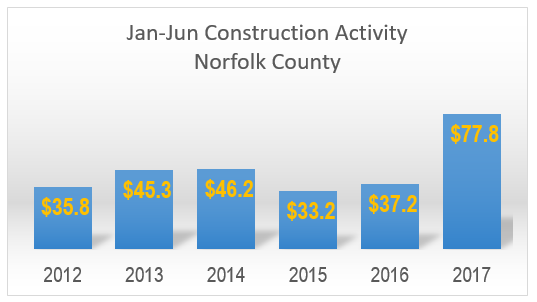