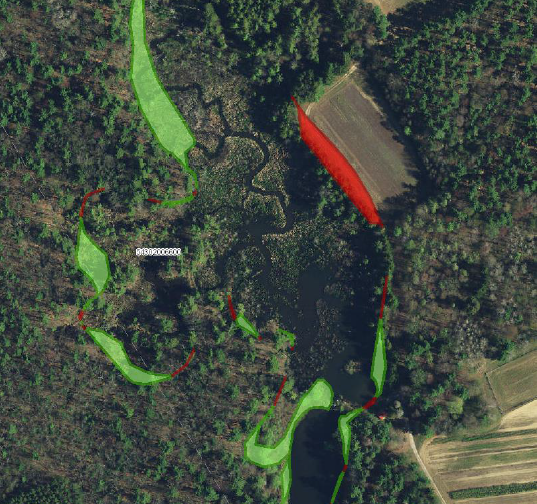 The Ministry of Municipal Affairs and Housing approved the Norfolk County Official Plan
Five Year Review in October of 2018. Through this approval, the Provincially Significant
Wetland (PSW) designation was updated; as such, Planning staff are now proposing to
update the PSW Zone such that it matches the Official Plan designation.

PSW mapping is provided to Norfolk County by the Ministry of Natural Resources and
Forestry (MNRF). Norfolk County implements this mapping through the PSW
designation in the Official Plan and the PSW Zone in the Zoning By-Law.

The PSW Zone was first implemented through Zoning By-Law 1-Z-2014. Prior to this
By-Law, which combined the previous four Zoning By-Laws for Norfolk County into one,
a PSW Zone did not exist in Norfolk County. A significant amount of research and public
consultation was completed prior to the establishment of the PSW Zone. This is the first
update to the PSW Zone, and updates do not frequently occur. Municipalities are
directed by the Provincial Policy Statement, 2014 (PPS) to prohibit development within
PSWs, which is why it is important to ensure accurate mapping.

Wetlands are defined in the Ontario Wetland Evaluation System (OWES) Southern
Manual as, “Lands that are seasonally or permanently flooded by shallow water as well
as lands where the water table is close to the surface; in either case the presence of
abundant water has caused the formation of hydric soils and has favoured the
dominance of either hydrophytic or water tolerant plants”. The MNRF uses the OWES to
designate wetlands in Ontario.


Wetlands serve many important functions, including the following:

Southern Ontario has lost over 72 percent of its wetlands, and the Federal and
Provincial governments have both recognized the importance of preserving these
features. Norfolk County is proposing to update its PSW Zone mapping, which will
prevent further loss and degradation of these important features.