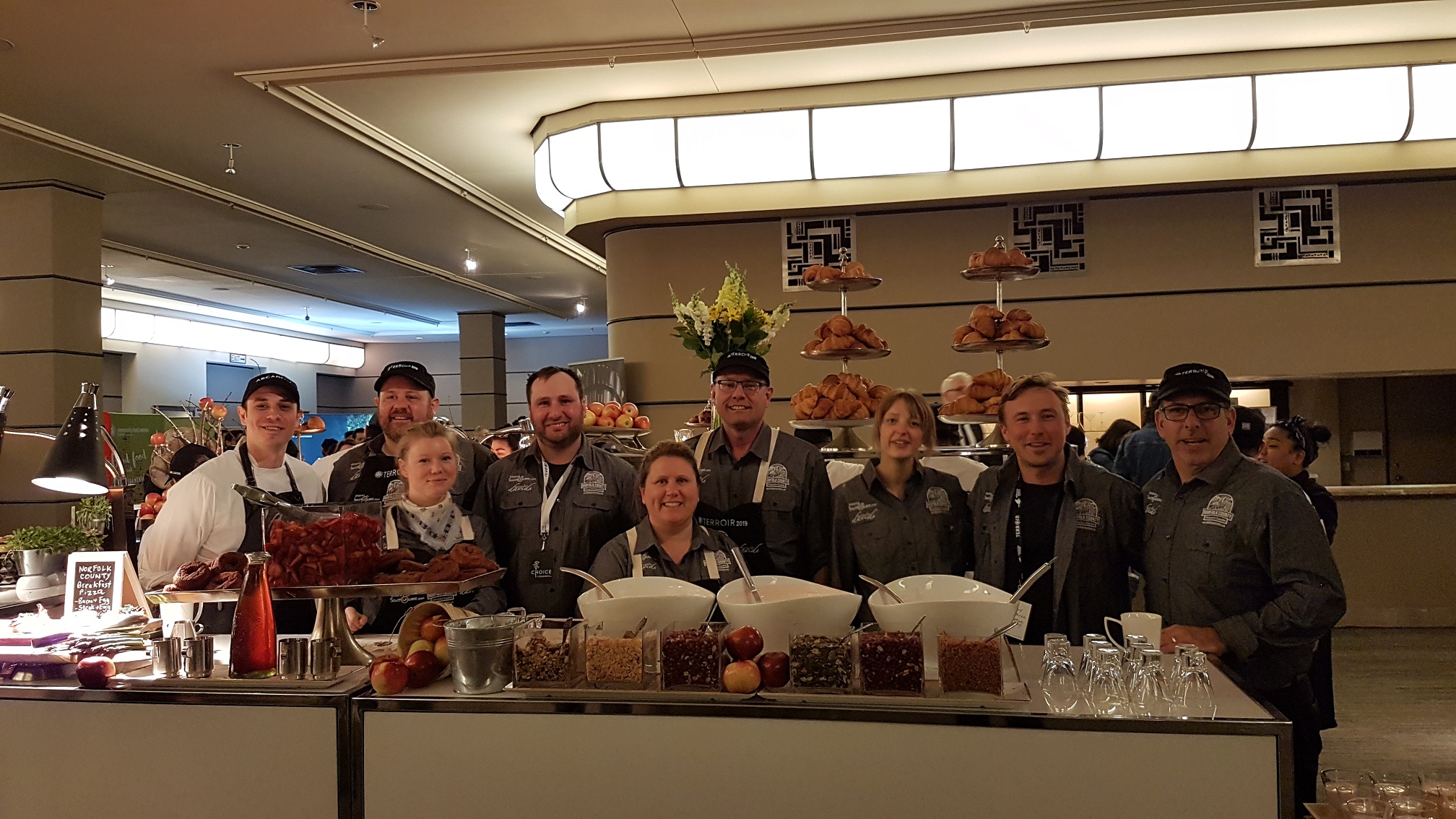 In the last decade, Norfolk County has become a premier destination for food and drink lovers, and that reputation grew a little larger this week.

On May 6, local fare was front and centre at the Terroir Symposium 2019 in Toronto. The event brings together more than 700 hospitality and tourism influencers including chefs, hoteliers, drink experts, writers and business leaders to discuss the latest industry trends.

“It really is our main strength, the local food and drink aspect of tourism,” said Norfolk County Director, Tourism and Economic Development Clark Hoskin. “We used to be known just for tobacco and now we’re known for wine, beers and tasty fruit, vegetables and meats. The Terroir Symposium is a way for us to elevate our position in the urban world by being there and showing off what Norfolk County has to offer.”

“It was all positive,” said Remi Van De Slyke, a member of Norfolk’s Agriculture Advisory Board and president of the Ginseng Growers of Ontario. “We were one of the few regions that was represented there and the interest in what we had and what we were serving was quite profound.”

Norfolk County also hosted the Terroir Rural Retreat in April of 2018 which brought more than a dozen chefs from across Ontario, and several from Norfolk County, along with 200 food-tourism media influencers to dine outdoors at Burning Kiln Winery.

The Terroir Symposium is organized by the Culinary Tourism Alliance, a not-for-profit organization focused on education, networking, and development in the growing field of food tourism. Norfolk County is a member of the CTA.

Being part of the festivities has been a major coup for the county, said Van De Slyke.

“I’m glad Norfolk County goes to that because you’re talking the top of the line chefs, foodies and experts on culinary that go to this event,” he added.

“It really puts our name out there and gives us some traction going forward in doing food and drink events and having our area known as the place to be.”