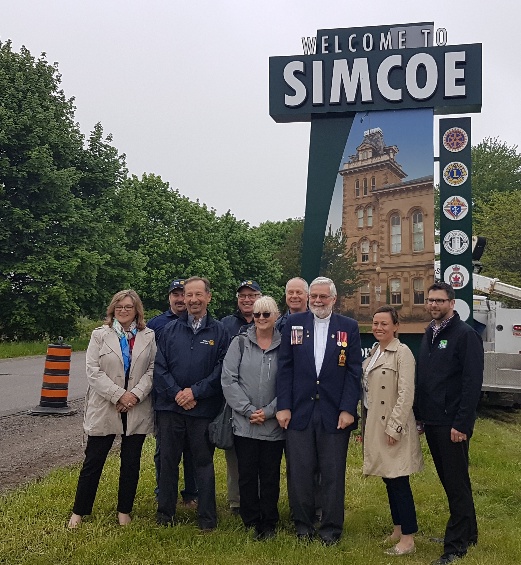 Visitors and residents alike will be welcomed by a pair of new gateway signs in Simcoe.

On May 28, 2019, Norfolk County Council and staff unveiled two of the four signs scheduled for replacement in the community.

The new signs – which were constructed by Brooks Signs of Brantford and are located on Highway 24 North and South – will feature the County Administration Building and Carillon Tower.

“Gateway signs to your community are like the front door to your house,” said Clark Hoskin, Norfolk County Director of Tourism and Economic Development. “It is one of the first things that a visitor or potential investors see. It’s our chance to make a great first impression.”

The project is part of a Norfolk County initiative to upgrade gateway signs throughout the community. The phased replacement of the four gateway signs to Simcoe is scheduled to be completed by 2020.

Funding for the project is a joint initiative between Norfolk County and each community, who fundraise to match the corporation’s budgeted funds. Signs have already been installed or upgraded in Port Rowan, Waterford, and Port Dover.

“Norfolk County is an incredibly welcoming place, made up of many unique communities,” said Norfolk County Mayor Kristal Chopp. “These signs are a great way to help visitors explore our region and give them an idea of what each community is all about.”

Coordination for the design, fundraising and installation were spearheaded by the Simcoe Gateway Sign Committee, which was comprised of community stakeholders in Simcoe and Norfolk County staff. 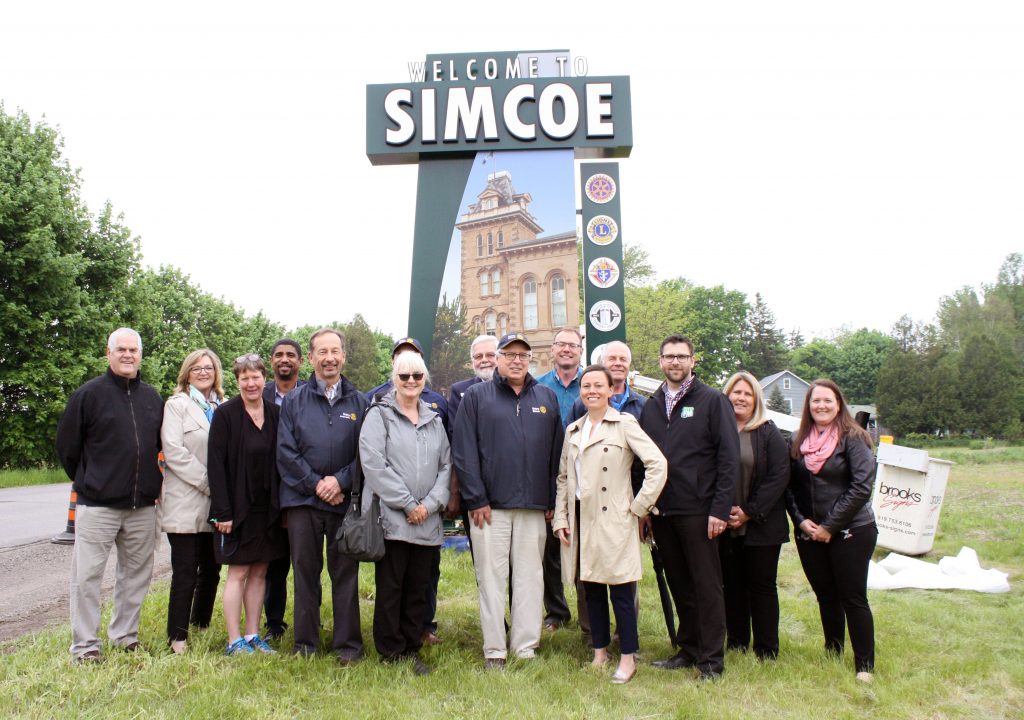