The farm-gate value of Canadian fruit and vegetable products rose 7.4% from 2015 to $2.2 billion in 2016, according to Statistics Canada. Favourable weather conditions resulted in increased production, which contributed mainly to this growth. 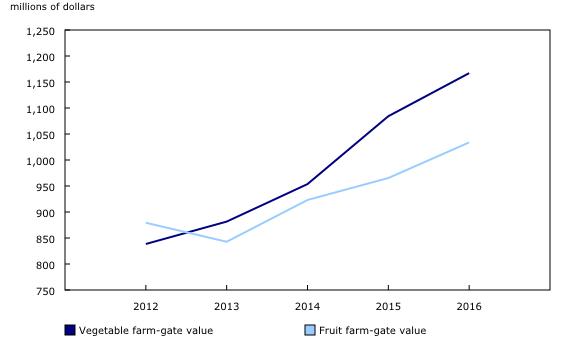 In 2016, apple sales represented about one-fifth of the total national fruit value. The overall apple yield in Canada increased 13.9%, mainly because Ontario recovered from a 15.8% production decrease in 2015, which was due to winter damage and a late spring frost. Ontario represented 38.8% of total apple production volumes in 2016.