This summer, Klassic Coconut opened the doors to its new $5.5-million food processing plant in Simcoe, Norfolk County, so we could see the great innovations they have developed.

Klassic Coconut’s expansion into their new plant on Boswell Drive meant they could double their toasted coconut capacity and triple their sweetened coconut capacity. That expansion has translated into 40 employees at the new plant, up from 19 at their previous location.

Klassic Coconut receives about 350,000 pounds of coconut per week from the Philippines and then processes it for primarily North American consumption. The company has a 65% share of coconut processing in Canada. It exports 80% of its output to the United States. 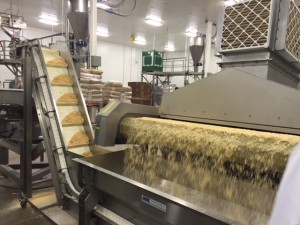