The federal government has just announced an almost half million dollar investment in Ontario’s budding hazelnut crop, according to MediaPro’s Norfolk Farms newspaper.

Hazelnuts are touted to be a high value, large acreage crop which will create new economic opportunities for rural communities in Ontario.

“The impact (of the federal investment) will be huge,” said Linda Grimo, chair of the OHA.

Grimo said the Ontario hazelnut industry is still in its infancy, but its potential is “unlimited.” She said the federal government’s involvement will encourage farmers to grow the crop.

“Growers will be the bed rock of the industry,” she said. “It’s a great opportunity.”

Currently, there are about 400 acres planted in Ontario with a target of about 23,000 acres  based largely on the needs of Brantford-based Ferrero Canada, the largest processor of hazelnurs.

Barb Yates, senior agronomist with Ferrero, said the federal funding will be applied over a two-year period to look at the economic cost of production of hazelnuts and research into micro-propagation to maximize the number of clonal trees.

In a press release, MacAulay said the federal government is committed to a strong food processing sector as a driver of jobs and prosperity.

“No one has done so much,” Grimo said, citing Dale’s research and connections in shaping the industry.

The OHA will be stepping up its grower recruitment over the next few months. A symposium is planned for March 27, 2018, likely in London, where prospective new growers can access all the current information available.

Andrew Nixon, project manager for OHA, said the development of hazelnuts from a specialty crop to become a major commodity is unique.

Nixon said the involvement of the federal government “validates” the research and agronomic and economic analysis already done over the past eight years.

He said the OHA, formed in 2013, is representative of the entire value chain.

“We need everyone to work together.” Nixon said. “Interest is high  and keeps growing as we continue to build.” 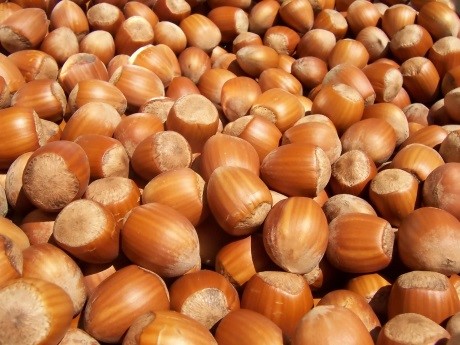