A group of business owners and community leaders from across Norfolk County and Ontario’s Southwest toured the Finger Lakes region of New York State in April 2016.

The goal of the study tour was to learn from people at similar businesses in communities similar to those in Norfolk County and other parts of Ontario. A report prepared by Norfolk County staff, based on a survey of those who attended the tour, summarizes the learning moments that participants experienced in the Finger Lakes.

The report has detailed information about each stop along the way, including key observations and learning moments.

The Finger Lakes Study Tour was first held in March 2015, conceived by Norfolk County staff and organized in cooperation with the Southwest Ontario Tourism Corporation (SWOTC). It was a great success. For its efforts and the outcomes realized by participants, Norfolk County won the award for Cross Border Cooperation and Regionalism from the Economic Developer’s Council of Ontario. Participants asked for another Finger Lakes tour to be organized for spring 2016.

Participants’ financial contributions and SWOTC partnership funding paid for the cost of the bus, hotel accommodation and meals. Norfolk County staff made contact with the stops, set the schedule and guided the tour. 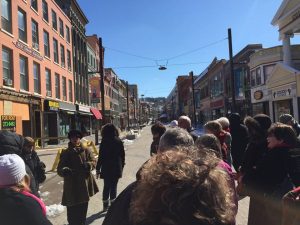